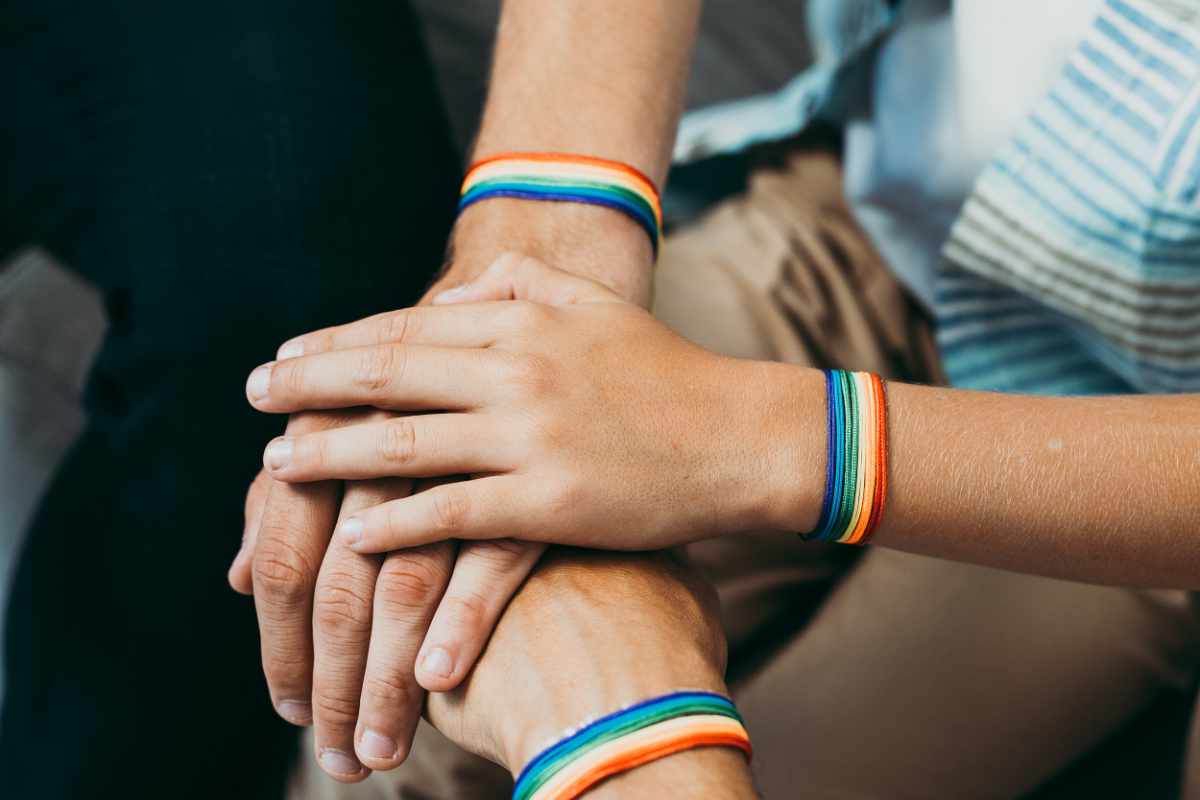 One of our fundamental human needs is that of having positive and constructive connections with our fellow humans. Connection is closely linked to the sociological concept of cohesion. Social cohesion is the strength of interpersonal bonds among group members. Healthy workplaces have higher social cohesion and therefore are better connected to one another. Diversity and inclusion is one sub element of our connection pillar. In order to be our best at work, we need to be able to be our authentic selves regardless of our personal characteristics such as gender, age, ethnicity, and sexual orientation. If we constantly have to hide a facet of our personality in the workplace this can greatly affect our mental health.

50 years ago, in 1972, the UK had its first official Pride March with roughly 2,000 participants. It was held on the 1st of July which was the closest Saturday to the Stonewell riots of 1969. Before then, marches had been taking place but they looked quite different with, for example, 150 men marching through Highbury Fields in November 1970. The last Pride March, which was in 2019 because of Covid-19 restrictions in place for both 2020 and 2021, looked very different to that in 1972. The #prideJubilee was possibly the largest Pride In London with roughly 1.5m allies attending the event.

There has been a clear increase in people identifying as LGBTQI+ (Cobb & Sharman, 2021) and as the numbers of members and allies in the LGBTQI+ community increases so does the need for businesses and organizations to step up and support.

What are you currently doing to actively show your support for the LGBTQI+ community?

Some of the actions you can take are;

It’s impossible to cover every term used as they vary by location, culture and age but it can be useful to understand and recognise at least a few of the terms. However the golden rules are that if someone uses a term to describe themselves, use it. If you are unsure what something means, just politely ask. Don’t assume that because one person identifies as X and shows the same characteristics as someone else that the other person will also identify as X.

For a glossary of terms scroll to the end of the article.

2. Educate yourself and your team

Learn and understand. You don’t need to become a human google when it comes to all things LGBTQI+ but know what the stonewall rebellion was about, what rights the community has in your country or just watch a Netflix show like ‘Tales of the City’ or ‘Pose’.

There are so many ways to get actively involved in the community. Donate your time or money would be the easiest ways to show your support but there are also other ways such as linking with your local LGBTQI+ society and letting their members know when you have a position within your organization that needs to be filled. It is often the case that organizations will donate to the community around the time of Pride or ‘rainbow wash’ in order to be perceived as positively contributing, thankfully, this sort of behaviour is being called out and is no longer tolerated. The rule of thumb is: if you’re making it about you, then you’re doing it wrong’.

You don’t have to constantly tell your LGBTQI+ colleagues that they can identify however they want, express themselves however they need and ask them about their dating lives. Often times the best thing you can do is just listen and treat them as a member of the team.

For a more in depth glossary check out: https://www.stonewall.org.uk/help-advice/faqs-and-glossary/list-lgbtq-terms

Bi is an umbrella term used to describe a romantic and/or sexual orientation towards more than one gender. Bi people may describe themselves using one or more of a wide variety of terms, including, but not limited to, bisexual, pan, queer, and some other non-monosexual and non-monoromantic identities.

Someone whose gender identity is the same as the sex they were assigned at birth. Non-trans is also used by some people.

When a person first tells someone/others about their orientation and/or gender identity.

An umbrella term used to describe people who may only feel sexually or romantically attracted to people with whom they have formed an emotional bond. People may also use terms such as gay, bi, lesbian, straight and queer in conjunction with demi to explain the direction of romantic or sexual attraction as they experience it.

Refers to a man who has a romantic and/or sexual orientation towards men. Also a generic term for lesbian and gay sexuality – some women define themselves as gay rather than lesbian. Some non-binary people may also identify with this term.

Often expressed in terms of masculinity and femininity, gender is largely culturally determined and is assumed from the sex assigned at birth.

Used to describe when a person experiences discomfort or distress because there is a mismatch between their sex assigned at birth and their gender identity.

This is also the clinical diagnosis for someone who doesn’t feel comfortable with the sex they were assigned at birth.

A person’s innate sense of their own gender, whether male, female or something else (see non-binary below), which may or may not correspond to the sex assigned at birth.

This might be considered a more medical term used to describe someone who has a romantic and/or sexual orientation towards someone of the same gender. The term ‘gay’ is now more generally used.

Refers to a woman who has a romantic and/or sexual orientation towards women. Some non-binary people may also identify with this term.

An umbrella term for people whose gender identity doesn’t sit comfortably with ‘man’ or ‘woman’. Non-binary identities are varied and can include people who identify with some aspects of binary identities, while others reject them entirely.

Orientation is an umbrella term describing a person’s attraction to other people. This attraction may be sexual (sexual orientation) and/or romantic (romantic orientation). These terms refers to a person’s sense of identity based on their attractions, or lack thereof. Orientations include, but are not limited to, lesbian, gay, bi, ace and straight.

When a lesbian, gay, bi or trans person’s sexual orientation or gender identity is disclosed to someone else without their consent.

Refers to a person whose romantic and/or sexual attraction towards others is not limited by sex or gender.

Words we use to refer to people’s gender in conversation – for example, ‘he’ or ‘she’. Some people may prefer others to refer to them in gender neutral language and use pronouns such as they/their and ze/zir.

Queer is a term used by those wanting to reject specific labels of romantic orientation, sexual orientation and/or gender identity. It can also be a way of rejecting the perceived norms of the LGBT community (racism, sizeism, ableism etc). Although some LGBT people view the word as a slur, it was reclaimed in the late 80s by the queer community who have embraced it.

Assigned to a person on the basis of primary sex characteristics (genitalia) and reproductive functions. Sometimes the terms ‘sex’ and ‘gender’ are interchanged to mean ‘male’ or ‘female’.

An umbrella term to describe people whose gender is not the same as, or does not sit comfortably with, the sex they were assigned at birth. Trans people may describe themselves using one or more of a wide variety of terms, including (but not limited to) transgender, transsexual, gender-queer (GQ), gender-fluid, non-binary, gender-variant, crossdresser, genderless, agender, nongender, third gender, bi-gender, trans man, trans woman,trans masculine, trans feminine and neutrois.

A term used to describe someone who is assigned female at birth but identifies and lives as a man. This may be shortened to trans man, or FTM, an abbreviation for female-to-male.

A term used to describe someone who is assigned male at birth but identifies and lives as a woman. This may be shortened to trans woman, or MTF, an abbreviation for male-to-female.

It's time to start your journey to high organisational performance through great employee health... talk to us.